FROM GLASNOST TO HATE SPEECH. Working in Soviet Union and in Russia as a Finnish correspondent 1990-2017

How was it to live in the collapsing Soviet Union as a 24 years old foreign correspondent in 1990? What did glasnost mean for the work of a Finnish journalist and how is it to work now in Russia, when journalists are harassed by pro-Kremlin activists? 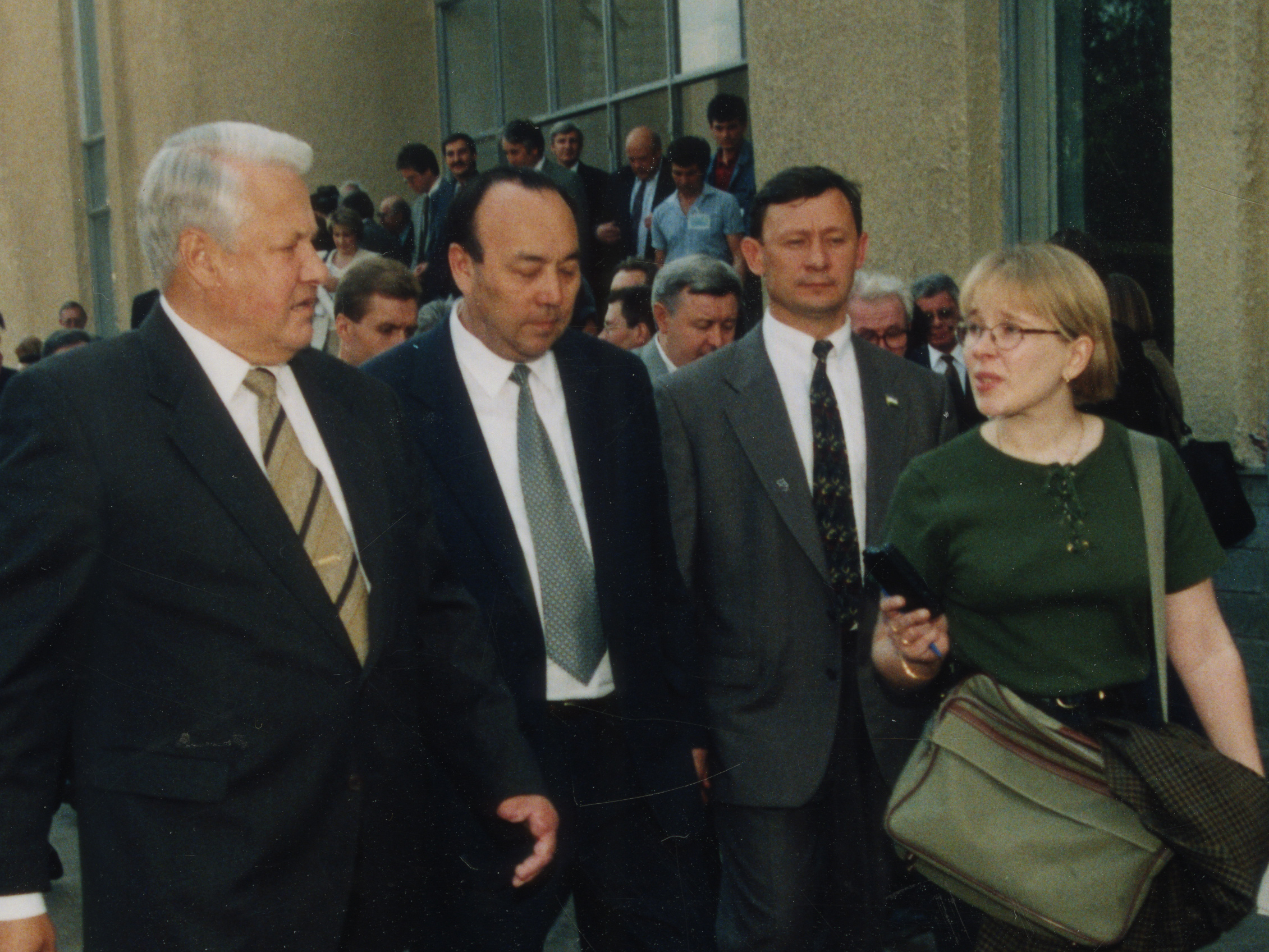 How it felt then and how does it feel now, 27 years later, when we are again facing something similar – the world changing so quickly that sometimes we can’t help feeling frightened?
Join the time travel, see rare photos and hear background stories of how some news articles were actually made.

You will get a glimpse of a Moscow apartment building filled with mice, of a coal mine, a prison and an “island of madmen”, which were all opened up for foreign journalists in the spirit of glasnost in the beginning of 1990’s. You can also learn some interesting details about meetings with Gorbachev, Yeltsin and Putin.

You will also hear how it was possible to make a phone call to Salman Raduyev taking thousands of hostages at the hospital of Kizlyar in January 1996 – without any mobile phones, without any phone books or even without any proper telephone lines to make a long distant call from Moscow at that time.

Hear about two Bonnier Award winning stories, learn some tips for all the people, who may become targets of trolling in the web. How to avoid being bullied and to continue your work without losing your peace of mind?

Arja Paananen, 50, is a journalist at newspaper Ilta-Sanomat, which is the biggest news media in Finland. She has lived in Soviet Union and Russia about 10 years altogether. Currently she is attending IMARES program courses at EUSP.