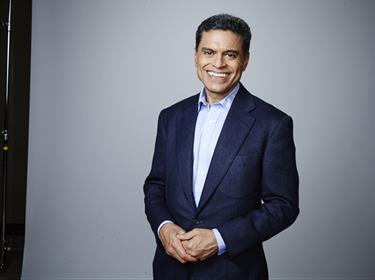 Fareed Zakaria was described in 1999 by Esquire Magazine as "the most influential foreign policy adviser of his generation." In 2010, Foreign Policy named him one of the top 100 global thinkers.Since 2008, Dr. Zakaria has hosted Fareed Zakaria GPS, which airs Sundays worldwide on CNN. His in-depth interviews with heads of government including Barack Obama, Narendra Modi, King Abdullah II, Hassan Rouhani, Moammar Gadhafi and David Cameron, and countless other intellectuals, business leaders, politicians and journalists, have been broadcast in more than 300 million homes around the world. Within its first year, GPS garnered an Emmy nomination for an interview with Chinese Premier Wen Jiabao. The show won the prestigious Peabody Award in 2011.

Dr. Zakaria currently writes an internationally syndicated weekly column on foreign affairs for the Washington Post. He also has been a contributing editor at The Atlantic since 2014. From 2010 to 2014, Dr. Zakaria served as editor-at-large for TIME. Before that, he spent ten years overseeing all of Newsweek's editions abroad. While his columns have received many awards, including a 2010 National Magazine Award, his October 2001 Newsweek cover story, "Why They Hate Us," remains the most decorated. Before joining Newsweek, from 1992 to 2000, he served as managing editor of Foreign Affairs, a post he was appointed to at only 28 years old.

The Post-American World (2008) was heralded in the New York Times Book Review as "a relentlessly intelligent book," and The Economist called it "a powerful guide" to facing global challenges. Like The Post-American World, The Future of Freedom (2003) was a New York Times bestseller and has been translated into over 25 languages. His most recent book, In Defense of a Liberal Education, has been praised in the New York Times as "an accessible, necessary defense of an idea under siege."

Born in India on January 20, 1964, Dr. Zakaria went on to receive a B.A. from Yale College and a Ph.D. from Harvard University. He has received honorary degrees from numerous universities including Johns Hopkins, Brown, the University of Miami, and Oberlin College. He lives in New York City with his wife, son and two daughters.