—
In 2020-21, the EUSP Center for Science and Technology Studies (STS Center) will start a new research project devoted to the issue of global climate change. In support of these research activities, we will also organize a series of public events, inviting some of Russia's leading climate scientists to speak at the European University and introduce the social science community to the issues related to climate change as they appear from the points of view of different natural science disciplines.

The research area of institutional sociology of science is supervised by Dr. Mikhail Sokolov, the Associate Professor at the Department of Political Science and Sociology.

The project led by distinguished professor of Science and Technology Studies at UC Davis (USA) Mario Biagioli is designed as a 28-month study of the population of Russian computer scientists (RCS henceforth) in Russia and abroad. From 2013 to 2015 extensive ethnographic fieldwork and/or oral history research was conducted in Moscow, Novosibirsk, St. Petersburg, Tomsk, Vladivostok, Kazan, as well as England, Israel, France, and the USA (Boston/NYC and San Francisco areas). The main interest of the study is to understand how professionals communicate across national and professional boundaries in the dual context of an intrinsically portable form of knowledge – relatively not-sticky forms of innovations – and a politically tense status quo where emigrates are both praised for their entrepreneurship and blamed for bringing the competition within or for siphoning the brightest brains off the Russian Federation.

The History of Technical Breakthroughs in the Russian Empire in the 18th-20th Century?

Project: Self-fashioning practices of successful technological entrepreneurs and their influence on the efficiency of high tech companies: the cases of Russia, Finland, South Korea and Taiwan. The project is run with the support of RUSNANO. 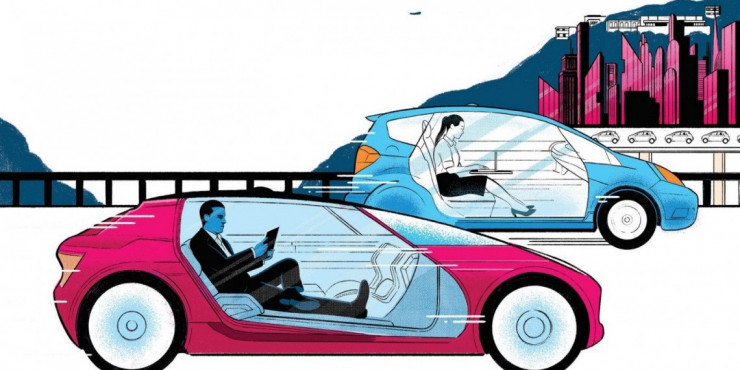 Description of the project: Autonomous vehicles — one of the most promising technologies for the digital economy in Russia and other countries. At the same time, thematic areas and end-to-end digitalization technologies require social expertise that in many cases one lacks.