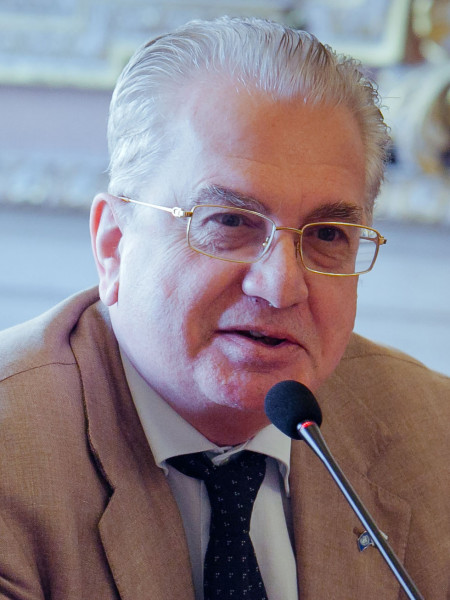 Founder, Chairman of the Board of Trustees, Director, State Hermitage Museum

On May 25th, 2011 he was conferred as an honorary citizen of St. Petersburg.

Dr. Piotrovskii graduated with honors from the Eastern Department of Leningrad State University in the department of Arab Philology, and in 1965-1966 interned at the University of Cairo. He worked in the Leningrad branch of the Institute for Eastern Studies, and defended his candidate's and doctorate dissertations in 1973 and 1985, respectively.

He participated in archeological excavations in the Caucasus, Central Asia, and Yemen. He is the author of more than 250 scientific works, including catalogues of Arabic chronicles, publications on medieval monuments and ancient inscriptions, works on the spiritual and political history of Islam and Arabic culture, and the archeology of Arabia.

-The Spirit of Islamic Art

-The Museum as a Historico-Cultural Phenomenon