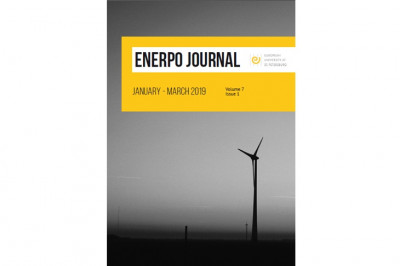 On November 29th 2018, the ENERPO Research Center at the European University at St. Petersburg held the Third International Forum on Clean Energy. The Forum aimed to create a dialogue about clean energy and climate change: risks, strategies and possibilities. This report presents the main statements from the conference’s experts, who addressed Russia’s energy future, the role of the business sector in the transition to clean energy sources and the question of climate change in the city of St. Petersburg.

The 24th Conference of Parties of the United Nations Framework Convention on Climate Change (COP 24) took place in Katowice, Poland, in December 2018. Maxim Titov, the Executive Director of the ENERPO Research Center, was one of the many high-level attendees of the conference. For the ENERPO Journal, he shares his experience and takeaways from the conference.

In 1973, the OPEC countries’ decision to drastically cut oil production resulted in a true apocalypse for Western Countries. Can history repeat itself? What would happen if, today, OPEC Countries suddenly stopped oil production? In order to know this, we constructed a quantitative model of the world oil market. To overcome the limitations of mainstream macroeconomic models in capturing the true complexity of modern oil market, we used a Systems Dynamics approach, modeling a complex system characterized by non-linear relationships among variables and thus by an emergent behavior. After simulating a scenario of high stress on the model, we concluded that the effects of an oil supply shock nowadays would completely differ from 1973. The reason for this different behavior can be found in three main factors: the important structural change in world oil market, the reconfiguration of Western countries’ energy mixes, and the implementation of ad hoc policies, both at the national and at the international level.

Wind Energy Projects through the Lens of Sustainable Investors

In the aftermath of the financial crisis, governments introduced a new regulatory perimeter for the capital markets and banking sector. But rigid legislative framework alone cannot reshape the course of the financial system; therefore, an industry-driven and financially justified model aimed at low-carbon-economy and transparent financial sector is needed. This paper presents an approach for extra-financial investment analysis based on industry-specific sustainability codified accounting standards released in November of 2018 by the Sustainability Accounting Standards Board (SASB). The paper is also an attempt to clarify by means of SASB standards the defining features of a Socially Responsible Investment (SRI) strategy in contrast to conventional investment approach. Wind energy sector is chosen for the analysis.

François Lévêque on Natural Gas Competition: Gazprom vs. US LNG and the EU

At the latest edition of the ongoing ENERPO Workshop Series, the ENERPO Research Center welcomed François Lévêque, a professor at Mines-ParisTech and Director of the Chair ‘Economics of Natural Gas’, who presented his work on ‘The natural gas competition: the case of Gazprom against liquid natural gas from the United States (US LNG) and the European Union antitrust law‘. The research fellow of the Chair, Ekaterina Dukhanina, who is also a PhD candidate at Mines-ParisTech, furthermore presented her work on the integration of the natural gas market. The seminar took place on October 9 th 2018 at the European University at Saint-Petersburg and was attended by faculty, administrators and diplomats.

The Environmental Kuznets Curve (EKC) describes the relationship between economic growth and environmental degradation. This paper provides the EKC estimation for carbon dioxide emissions using panel data for the 15 countries of the former Soviet Union, spanning the period of 1990–2013. The study reveals a positive dependence between carbon dioxide emissions and fossil fuel rent in post-Soviet countries.