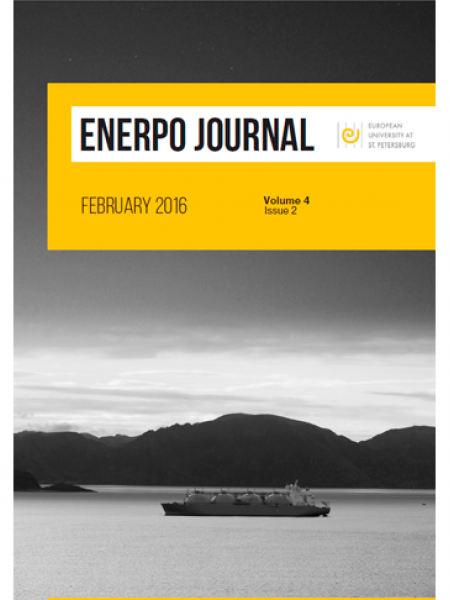 The past few years have seen substantial demand for liquefied natural gas in the Asia Pacific, attracting the attention of suppliers, due to import-dependent states like South Korea and Japan, with the latter’s need to replace power generation from nuclear after the Fukushima accident, and rising economies like China and India. This demand has created a race for suppliers, from Australia to East Africa. For Russia, LNG exports are a vital part of its pivot to Asia, and Russian LNG projects have their own advantages over competitors due to geography and price.
Key words: Russian LNG; Asian LNG market; JCC; Henry Hub.

ANALYSIS. Yamal LNG: The Implications of the Sanctions Regime

The sanctions regime led by the U.S. and E.U. against Russia has stalled many oil and gas projects. This paper will analyze the Yamal LNG project, led by Novatek, one of Russia’s few independent producers. The Yamal LNG project plays a role in four key developments in Russia’s gas strategy: development of the extensive reserves on Russia’s Arctic shelf, motivations to develop LNG exports, Russia’s efforts to ‘pivot’ to Asia, and growing competition between independent producers and the traditional exporter Gazprom. Access to financing and technology combined with low oil prices have significantly affected its development. This paper analyses the effects of sanctions on Yamal LNG and argues that sanctions have postponed the project, while the largest challenges are presented by the inefficiency of the Russian energy sector. The paper was written as part of the ENERPO Research Internship program.
Key words: Yamal; Russian LNG; Novatek; Gazprom; Arctic; pivot to Asia; sanctions.

Following independence from the Soviet Union in the 1990s, the main concern for Lithuania was achieving energy independence. While this was achieved in part through the use of Ignalina NPP, it would prevent the development of liberalized markets and accession to the European Union. This article will show through a historical recount, how Lithuania made temporary sacrifices in energy independence in order to develop a more liberalized energy market, through which it has been able to secure a variety of suppliers, and by extension, energy security. The new developments allowed for covering lacking power generation capacity through imports, as well as diversifying sources of natural gas for gas-fired domestic power generation. Lithuania, in securing its energy supplies, has chosen a path far from straightforward.
Key words: nuclear power; Russian gas; LNG; European Union; Baltic energy; liberalization.

Myanmar is straddling a new national development plan. Since the new civilian government took office in 2011, reforms were necessary after the changes resulting from the sanctions previously imposed on the country. Energy will undoubtedly play a role Myanmar’s growth, and the country is expected to receive significant amounts of foreign direct investment to jumpstart the economy. Using energy as a strategy to emerge from isolation, Myanmar is striving to take advantage of new technologies and foreign investments, in order to reach its developmental goals under the new government. This paper looks at plans for improving living standards by promoting the wider use of renewables, increasing energy efficiency and conservation, and promoting the use of alternative fuels in household use to meet energy demand predictions. The findings of the various implemented measures show stagnation. The paper concludes that the government must first make internal adjustments to enable effective policies and achieve their goals.
Key words: Myanmar; economic development; biomass; renewable energy; solar; hydro; wind.