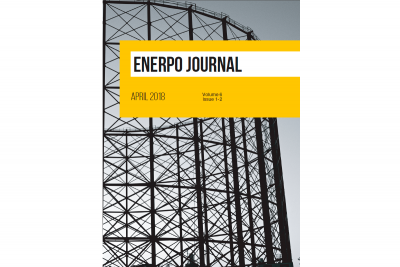 The 23rd Conference of Parties of the United Nations Framework Convention on Climate Change (COP 23) took place in Bonn, Germany, in October 2017. Maxim Titov, Executive Director of the ENERPO Research Center, was one of the many high-level attendees of the conference. In order to gain some insider’s view of the conference, we met with Titov to talk about his takeaways and general experience. Interview was conducted by Irina Mironova.

The Asia Paciﬁc is the one of the largest natural gas consuming and importing regions in the world. Nevertheless, domestic markets in the Asia Paciﬁc are at an early stage of liberalization compared to the North American and European markets; the Japanese, Chinese and South Korean natural gas markets have been liberalized gradually. Recently they have accelerated energy market reforms as a result of various challenges each county is facing. In accordance with energy market reforms and the increasing volume of liqueﬁed natural gas (LNG) trading in the Asia Paciﬁc region, three countries - Singapore, Japan and China - are working towards establishing LNG hubs.

Starting from the second half of the 20th century, many researchers have focused their attention on the increasing inﬂuence of oil price shocks on global economic performance. However, the current stock of empirical literature signiﬁcantly lacks research on developing oil importing economies from the post-Soviet region. The purpose of this paper is to empirically analyze the essence of the relationship between oil price shocks and economic growth in the speciﬁc case of the Kyrgyz Republic. Following an in-depth analysis of the macroeconomic structure of the country, it will be demonstrated that despite of the oil importing status of the Kyrgyz Republic, abrupt increases in crude oil prices may beneﬁt the pace of its economic growth in the long-term, whereas abrupt decreases may not induce any visible impact.

Long-term Honeymoon between Russia and the OPEC: Too Early to Expect?
Nikolay Kozhanov

Recent statements by Saudi Prince Mohammad bin Salman that OPEC is considering the signing of a long-term agreement with Russia and other non-OPEC members that would allow for controlling prices at the international oil market for the next ten to twenty years have created a lot of rumors on Russia’s readiness to form a solid, long-term alliance with the Cartel. At the same time, Moscow prefers to be very cautious when discussing the future of Russian-OPEC / Russian-Saudi cooperation in the hydrocarbon market. This article looks at the rationale behind Russia’s cooperation with Saudi Arabia and OPEC.

The energy sector is one of the areas of Russian-Finnish economic cooperation. Russia has been the major natural gas supplier to Finland as well as the main petroleum oil and coal exporter. In addition, Russia and Finland are bounded by common trade and investment interests in nuclear power engineering, wind power, wood biofuels and electricity. Nowadays, environmental protection affects the structure of trade in energy resources. The aim of this paper is to estimate when and how bilateral trade and investment cooperation in energy can change, and what are the consequences resulting from the energy transition in Finland for the Russian economy. The authors conclude that on the one hand, Russia’s exports of traditional hydrocarbons will suffer. On the other hand, there are prospects for cooperation beyond traditional hydrocarbons, namely wood fuel and nuclear power. The paper also discusses the prospects for Russian-Finnish cooperation in natural gas, wind and hydropower, as well as partnership in the Arctic region.