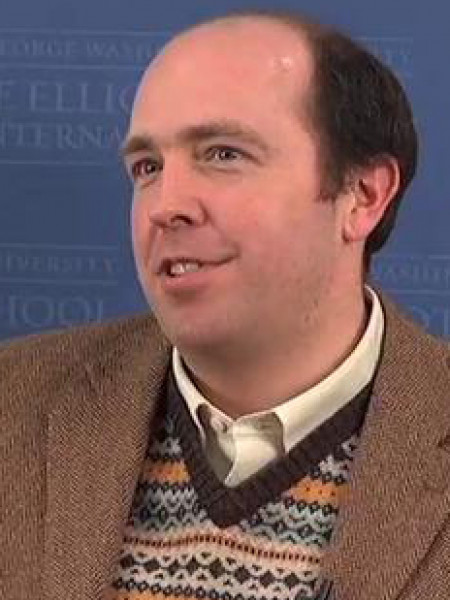 Henry E. Hale is Associate Professor of Political Science and International Affairs, and Co-Director of the Program on New Approaches to Research and Security in Eurasia (PONARS Eurasia)

He has spent extensive time conducting field research in post-Soviet Eurasia, including in both Russia and Ukraine in 2014. His work has won two prizes from the American Political Science Association and he was awarded a Fulbright Scholarship for his research in Russia in2007-2008.

Prior to joining GW, he taught at Indiana University (2000-2005), the European University at St. Petersburg, Russia (1999), and the Fletcher School of Law and Diplomacy (1997-98). He is also chairman of the editorial board of Demokratizatsiya: The Journal of Post-Soviet Democratization.
Education.