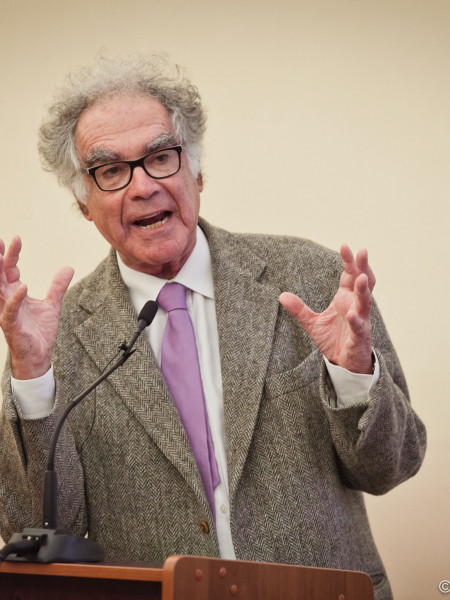 Carlo Ginzburg is an Italian noted historian and proponent of the field of microhistory. He received a PhD from the University of Pisa in 1961. He has subsequently held teaching positions at the University of Bologna and at the University of California, Los Angeles (1988–2006). His fields of interest range from the Italian Renaissance to early modern European history, with contributions to art history, literary studies, and the theory of historiography.

He is best known for Il formaggio e i vermi (1976, English title: The Cheese and the Worms: The Cosmos of a Sixteenth Century Miller), which examined the beliefs of an Italian heretic, Menocchio, from Montereale Valcellina.

In 1966, he published The Night Battles, an examination of the benandanti visionary folk tradition found in 16th-century Friuli. He returned to looking at the visionary traditions of Early Modern Europe for his 1989 book Ecstasies: Deciphering the Witches' Sabbath.

He was awarded the 2010 Balzan Prize and was elected an International Member of the American Philosophical Society in 2013.