EUSP graduate Evgenii Vladimirov's final thesis won the first prize at the Competition for Young Economists 2017 for the best graduation thesis in economics organized by the Gaidar Institute for Economic Policy among graduates of economics schools and departments at higher educational institutions in Russia.

More than 300 young economists who defended their theses in 2017 participated in the contest.

We would like to congratulate Evgenii on his achievement! 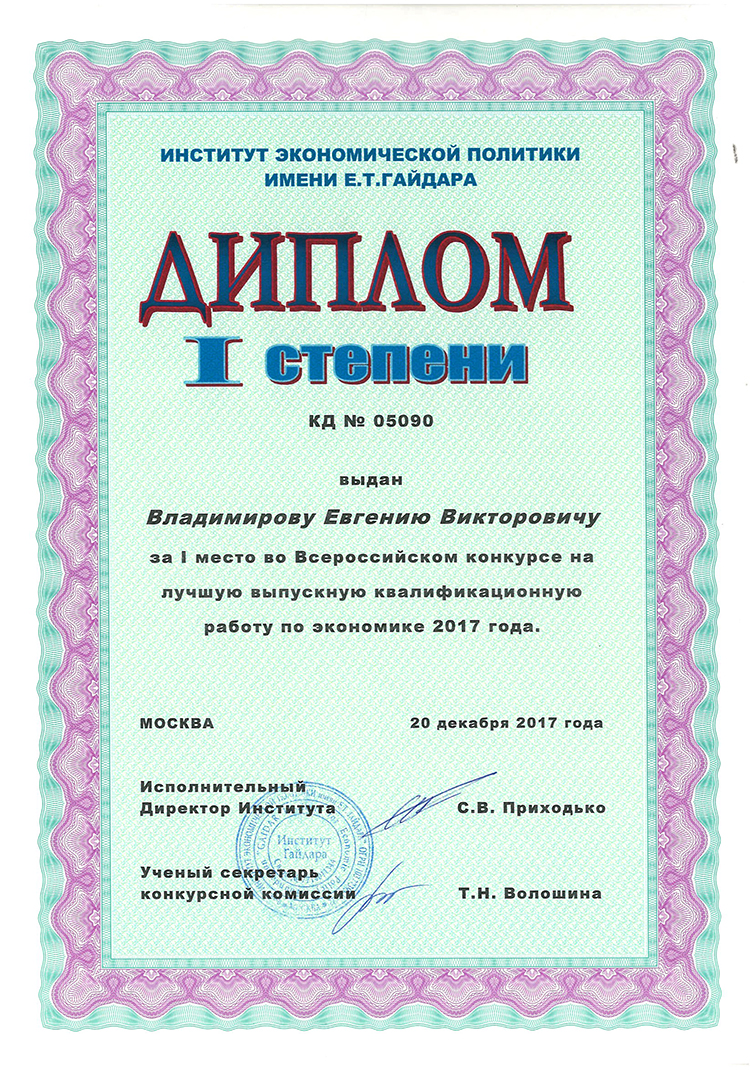