CLASSES WILL RESUME ON FRIDAY!

The Order №3205-07, dated December 07, 2016 issued by the Federal Service for Supervision of Education and Science (Rosobrnadzor) “On the suspension of the educational license of the European University at St. Petersburg” has been suspended upon the decision (№ А40-235549/16-147-2076, dated December 13, 2016) of the Arbitration Court in Moscow.

The current status of the EUSP License has been changed to “Active” in the online registry published on Rosobrnadzor’s web-site.

European University at Saint Petersburg is grateful to those who expressed support over the fate of the institution. Thank you for being with us! 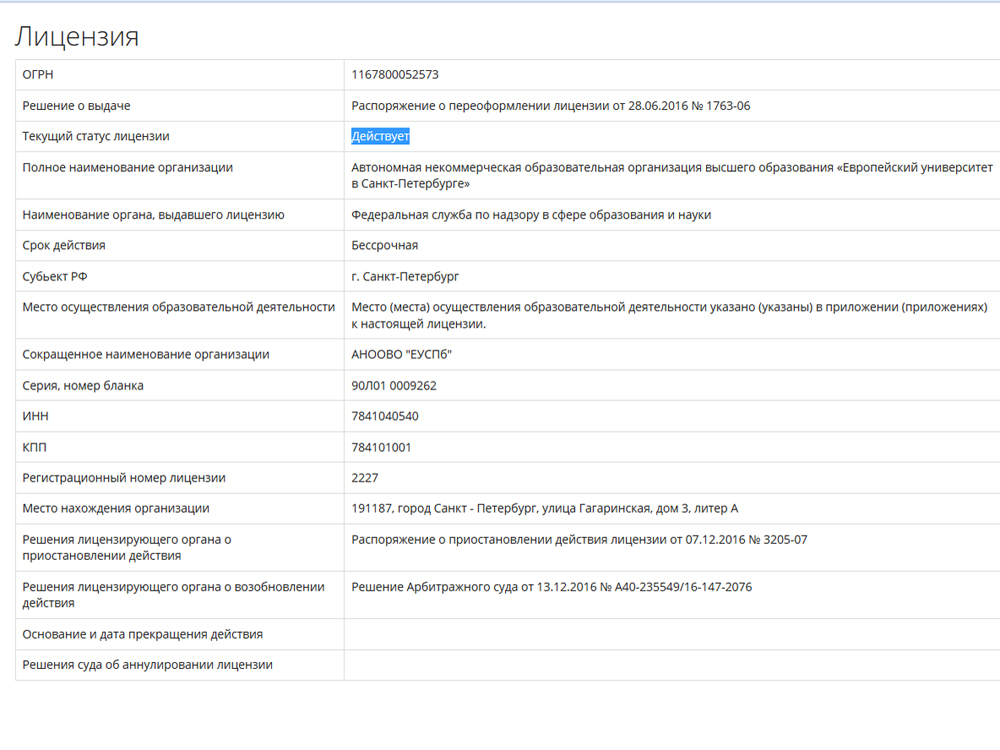