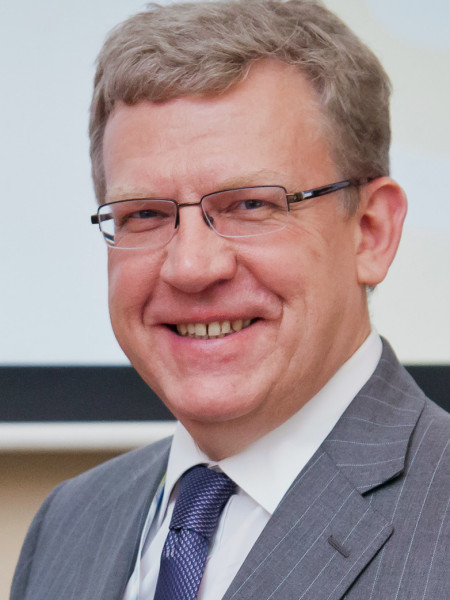 Founder, Member of the Board of Trustees, Chairman of Accounts Chamber of the Russian Federation

Alexei Kudrin served previously as the first deputy chairman of the board of directors of RAO “UES” of Russia, was the deputy head of the Presidential Administration of the Russian Federation, and chief of the main Control Department of the Presidential Administration of the Russian Federation. In the 1990s he worked in the city administration of St. Petersburg. He led the finance committee as well as the economics and finance committee of the St. Petersburg mayor's office. He was also the deputy chairman of the Committee on Economic Development.

Alexei was awarded the order of “Merit to the Fatherland of the Third Degree” for his significant contribution in conducting state finances and many years of conscientious work, as well as a P.A. Stolypin medal of the first order for his active participation in advancing the fundamental aims of the Russian Federation’s socio- economic development.

In 2010 the British journal “Euromoney” named Alexei Kudrin the best Finance Minister of the year.

Mr. Kudrin graduated from the Department of Economics at Leningrad State University and finished his graduate studies at the Institute of Socio-Economic Issues at the USSR Academy of Sciences. He holds a candidate’s degree in economics and is the author of more than 30 scientific papers on economics and finance.

He plays hockey and tennis and enjoys jazz and classical music.