RUSSIA IN THE STENOGRAPHIC AGE: Speech, Rhetoric and the Public Sphere, 1860-1930

The talk will be given in Russian. 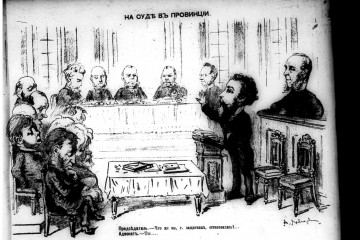 Public speaking has been prominent in the European political imagination since antiquity. But it gained a new lease of life with the emergence and broadening of a public sphere in the modern era. Oratory was further amplified by the nineteenth-century spread of a technique for recording the spoken word: shorthand reporting, or stenography. Imperial Russia, of course, did not have the same arenas for political contestation as Britain or France, but it too adopted stenography – as an accompaniment to the reform era of Alexander II. The glasnost’ of the 1860s significantly expanded the scope for public speech – whether in the university, the zemstvo or the courtroom. This speech was never straightforwardly ‘free’, but stenographically enhanced glasnost’ brought into being a new kind of Russian public sphere. This talk will consider the trajectory of Russia’s version of the ‘stenographic age’ from the first public debates of the 1860s to the State Duma and even a little beyond.