The winners of the second All-Russian contest "Open Data in the Russian Federation" for developers of mobile applications and electronic services were awarded on April 27 at the House of the Government. The contest is held under the auspices of the Open Government in partnership with the Analytical Center under the Government, the Ministry of Economic Development and the Ministry of Communications. The awards ceremony was attended by the Russian Minister for Open Government Affairs Mikhail Abyzov and Deputy Prime Minister Arkadii Dvorkovich.

Mikhail Abyzov noted that the number of contest participants has multiplied over the past year. More than 350 people, 130 teams of developers took part in the contest in 2016 (more details on the contest are available on the website of the Open Government).

The developers of the Russian Drug Map from the Institute for the Rule of Law won the award for the "Best Research Project Using Open Data" . The map can be found here: Russian Drug Map, the text of the research is presented in the analytical report edited by Maria Shklyaruk "How the Ministry of Internal Affairs and the Federal Drug Control Service are Fighting Against Drugs: Comparative Analysis of the Effectiveness of the Two Agencies" ).

Aleksei Knorre, a researcher at the Institute for the Rule of Law, thanked the Prosecutor General's Office and the Open Government for their assistance on behalf of all authors of the project (Aleksei Knorre, Dmitrii Skugarevskii). According to him, these agencies recognize the importance of open statistics on crime: 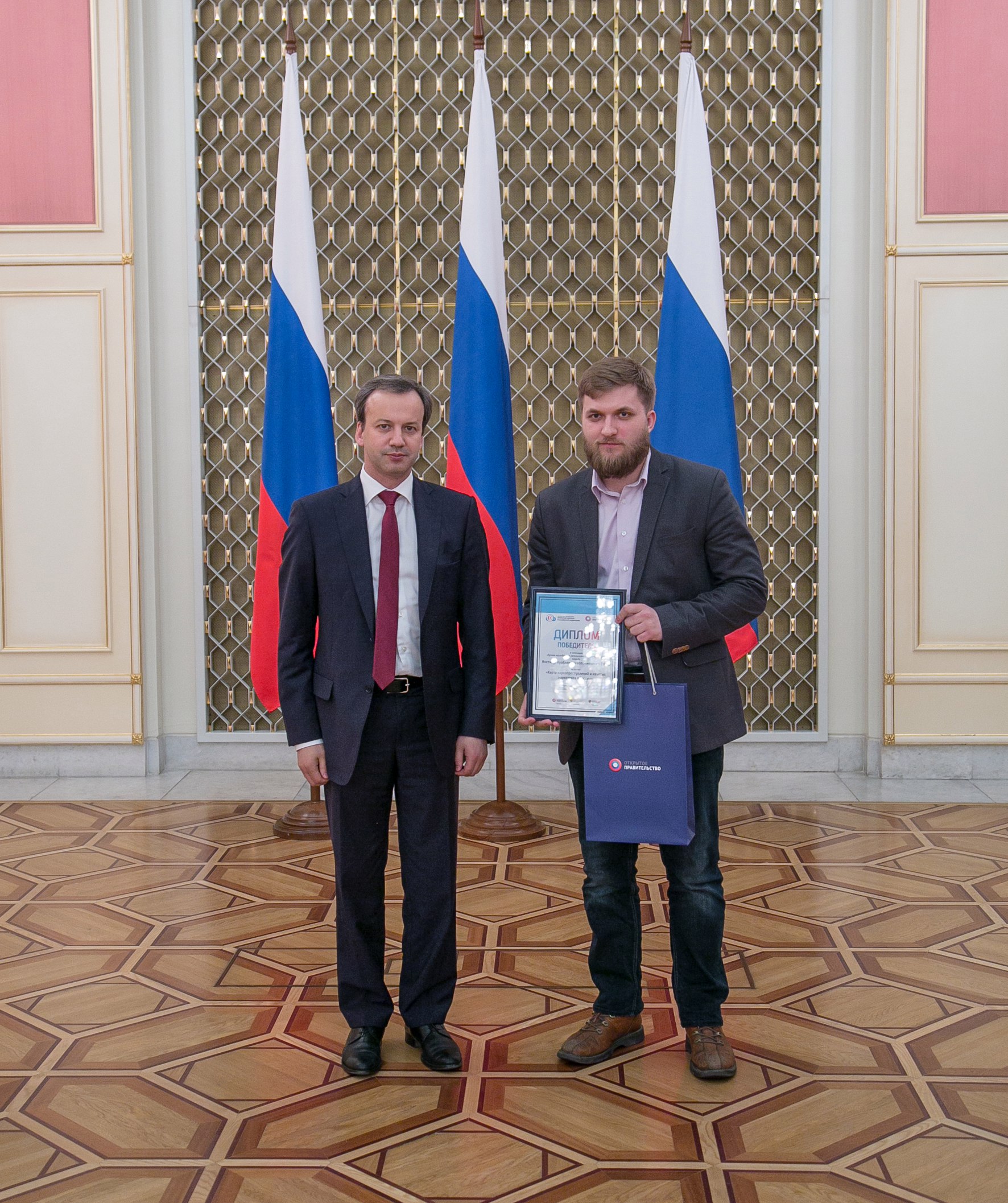 "On behalf of the authors of the research, I want to express my gratitude for the high appreciation of the work carried out by my colleagues and myself at the Institute for the Rule of Law. Our mission is to promote the law enforcement reforms and the establishment of the rule of law in Russia through scientific research. When creating the drug related crime map, we were concerned not only with the scientific result, but also with the society. I hope our interactive research has provided the public with an understanding of how the fight against drug crime in Russia is organized.

Our work would not have seen possible without the assistance of the Open Government and Mikhail Abyzov who realizes the importance of the open statistics on crime. But open data can not exist without people capable of analyzing it. The European University at St. Petersburg, where our institute works, has been attacked by the federal and regional authorities for six months already. Our educational license was revoked by Rosobrnadzor for an insignificant reason. The Committee on Property Relations of Saint Petersburg evicts us from the building which we have occupied for 22 years.

It is here at the House of Government that this question is more relevant than anywhere else: how can the executive power reward us on the one hand, and destroy us on the other? Judging by the letters of support that we receive from colleagues from all over the world, the executive branch of the government has nullified Russia's prestige in the academic community by its attack. We still do not understand what we are being destroyed for, and we ask our indifferent colleagues to support us.

Thank you for the tribune."