International conference "The Republican Tradition: From the Hanseatic League to the Era of Enlightenment" 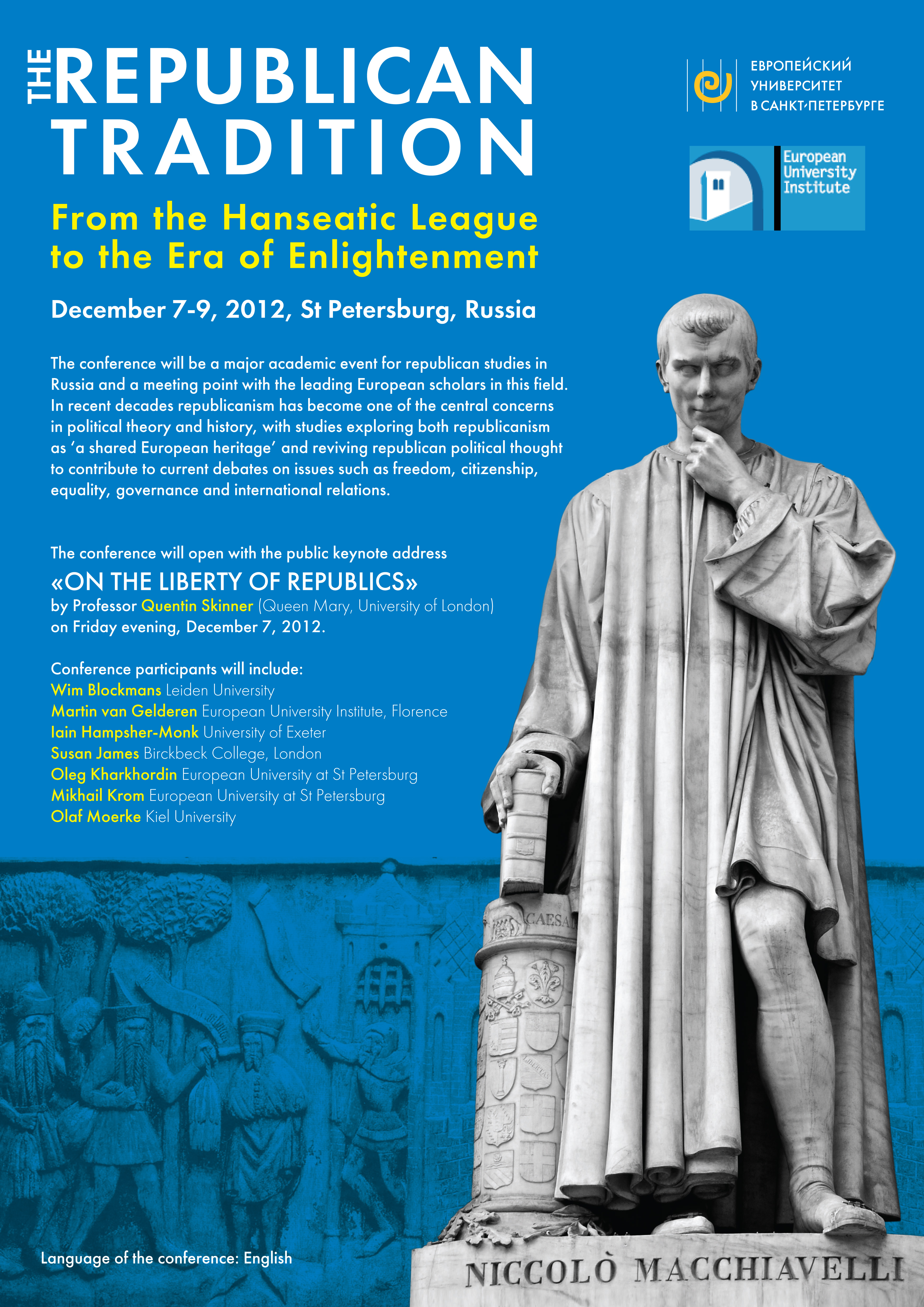 The conference becomes a major academic event for republican studies in Russia and a meeting point with the leading European scholars in this field. In recent decades republicanism has become one of the central concerns in political theory and history, with studies exploring both republicanism as ‘a shared European heritage’ and reviving republican political thought to contribute to current debates on issues such as freedom, citizenship, equality, governance and international relations. Republicanism has been the topic of many seminars at the European University at St. Petersburg (EUSP) and the European University Institute (EUI) in Florence. This time the conference focuses on the history of republican institutions, both in terms of ‘political thought’ and ‘cultural practices’. The emphasis of the conference is on the study of late medieval, early-modern and modern republican debates in Europe and North-Western Russian regions.

The conference explores the institutional structures of city-republics in comparative perspective as well as the dynamics of relations between these entities in terms of cultural and intellectual exchange. The cross-cultural and comparative perspective of the conference asks for studies focusing on the transfers of knowledge and practices between city-republics and other regional powers, their shared heritage and diverging cultural and national trajectories. The conference wants to explore a variety of topics related to the functioning of economic, legal and political institutions devised to sustain non-authoritarian regimes. These can include studies of material artifacts and official documentation as well as studies of republican political thought reflecting on the internal constitution of republics and the differences with the ‘despotic’ governments. An important aim of the conference is to set up a new research network, bringing together scholars from different disciplinary and methodological backgrounds, including diverse strands of history, conceptual history and political theory. The aim is to initiate a systematic comparison of Western, Northern and Eastern European republics at conceptual and institutional levels.

The conference opened with the public keynote address «On the Liberty of Republics» by Professor Quentin Skinner (Queen Mary, University of London) on Friday evening, December 7, 2012.