Wider European Doctorate (WED) program graduate Oleksandr Polianichev defended his PhD dissertation at the European University Institute (EUI) in Florence on May 26, 2017. WED is a joint PhD program on history and political sciences organized in partnership between EUI and EUSP. The dissertation was titled “Rediscovering Zaporozhians: Memory, Loyalties, and Politics in Late Imperial Kuban, 1880–1914.”

We congratulate Oleksandr on his successful defense and PhD in History degree. 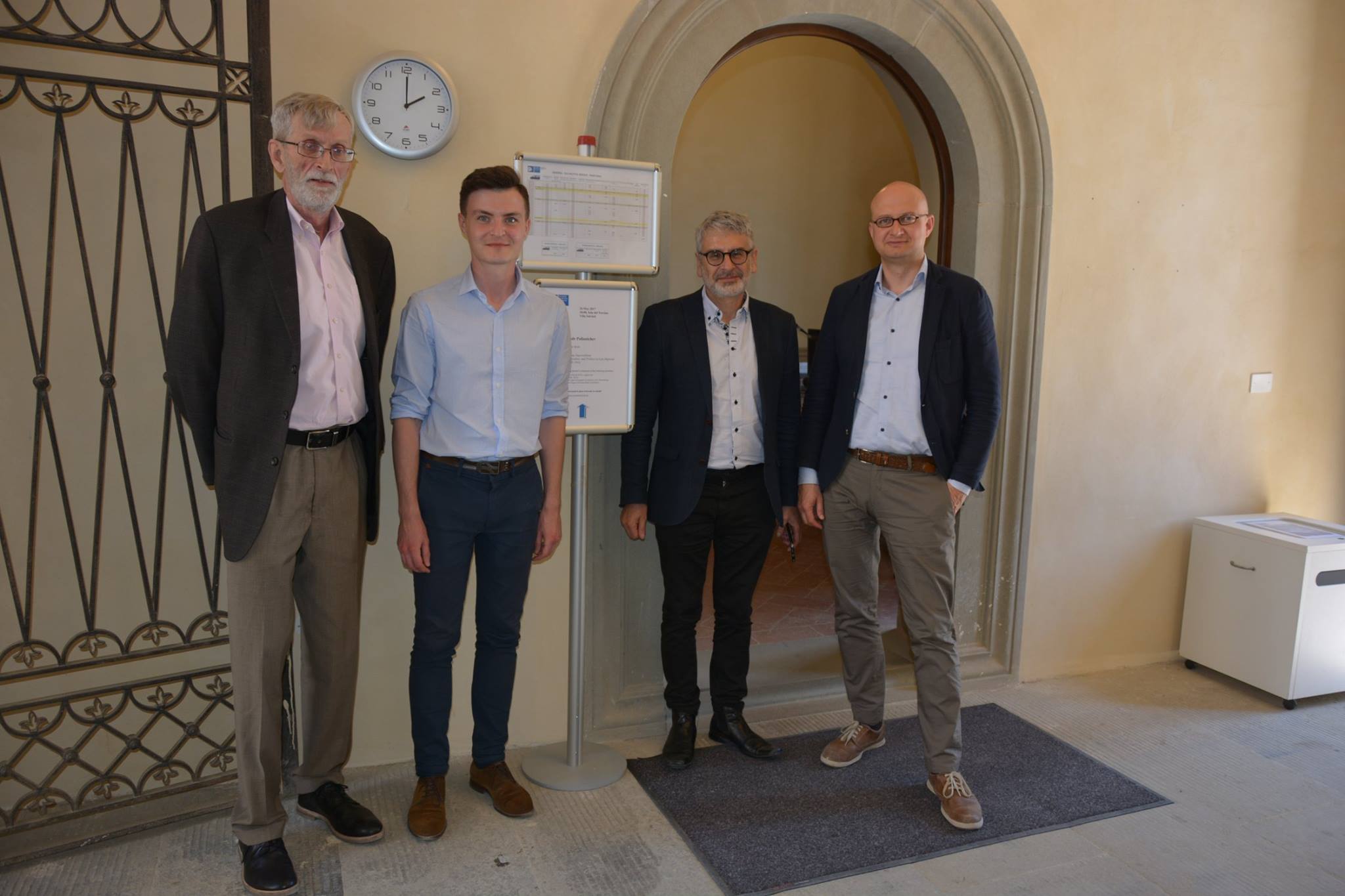 Rediscovering Zaporozhians examines the cultural imagination of intellectual, administrative, and military elites of the largely Ukrainian-speaking Cossack colonial community on the North Caucasus, the Kuban host, who in the final decades of the nineteenth century came to celebrate themselves as the heirs and successors of the Zaporozhian Sich. Drawing together findings from nine archives, materials from contemporary periodicals, administrative and personal correspondence, and egodocuments, the dissertation traces the emergence and development of the idea of Kuban as a living relic of Zaporozhia during the late imperial period. Inventing the ancient past for themselves, the Cossack elites pursued different goals at once. They sought to secure the Cossack privileged estate status in the changing world of fin-de-siècle, to negotiate more autonomy in local affairs, to lend the Cossack community organic coherence and enhance its morale, to reaffirm the Cossacks’ loyalty to the ruling dynasty. Finally yet importantly, the notion of the Cossacks’ Zaporozhian origin shaped and maintained the symbolic boundaries of their cultural peculiarities. The dissertation looks at a wide array of examples of using the past—commemorations, monuments, regalia, rhetoric and other culturally charged entities—to show how the Zaporozhian myth was coming into being and what political implications it entailed. Following these processes against the background of political developments in the ussian Empire, this work weaves them into the general fabric of the imperial ideology of the epoch. In doing so, it probes the limits of allowable in the central authorities’ dealing with cultural differences on the imperial periphery.