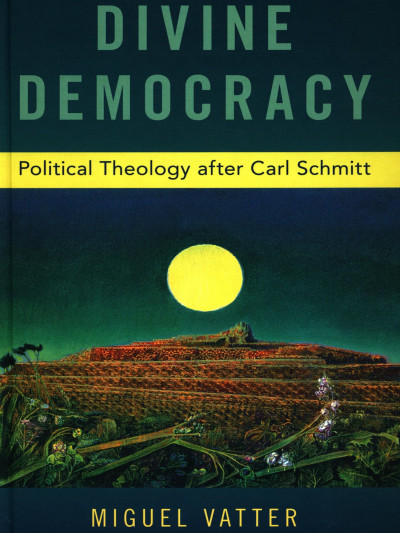 Liberal democracies assume neutrality toward the religious beliefs of its citizens; the legal system is supposed to determine guilt or innocence without religious prejudice. First coined by Carl Schmitt, political theology questions these widely held assumptions. It describes how political and legal concepts were derived from theological ones, dissolving the connection between the public sphere and secularism. In this intellectual history, Miguel Vatter reconstructs how and why the discourse of political theology was adopted and repurposed by anti-Schmittian thinkers to bolster the legitimacy of liberal democratic government. Ultimately he shows to what extent contemporary democracy rests on theological assumptions. Miguel Vatter is Professor of Politics at Flinders University, Australia.