Complaints to the Authorities 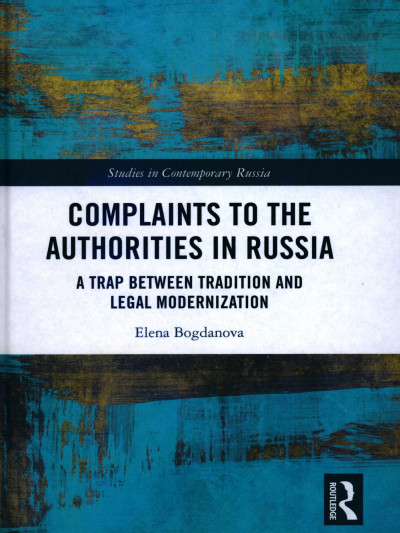 This book considers the process of legal modernization in Russia from the development of the mechanism of complaints addressed to the authorities from the pre-revolutionary period to today. It analyzes wide-ranging data and sources, collected over 17 years, such as legislation, in-depth interviews, archival materials, original texts, and examples of different methods of complaints in Soviet and contemporary Russia. Being marginal to the legal system and almost invisible for researchers of legal development, the complaint mechanism has functioned as an extremely important way of restoring justice, available to the majority of people in Russia for centuries. It has survived several historical gaps and, in a sense, acts as a thread that stitches together different eras, coexisting with the establishment and modernization of legal institutions, compensating, accompanying, and sometimes substituting for them. The research covers a period of over 100 years, and shows how and why at major historical crossroads, Russia chooses between full-fledged legal modernization and saving the authoritarian social contract between the state and society. This book will be especially useful to scholars researching Soviet society and Post-Soviet transformations, socio-legal studies, and liberal legal reforms, but will also appeal to those working in the broader fields of Russian politics, the history of Soviet society and justice issues more generally. Elena Bogdanova is a Research Fellow at the Centre for Independent Social Research, and Associate Professor at the European University at Saint Petersburg, and at the Russian Presidential Academy of National Economy and Public Administration.