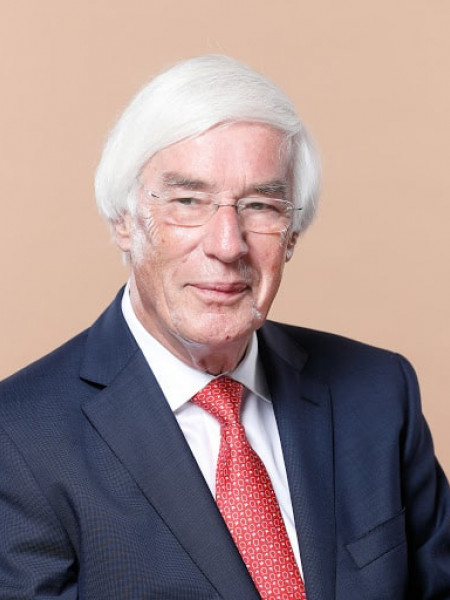 Gerhard Casper is President Emeritus of Stanford University. He is also the Peter and Helen Bing Professor, Emeritus, and a Senior Fellow at the Freeman Spogli Institute for International Studies at Stanford. Mr. Casper studied law at the universities of Freiburg, Hamburg, and Yale University, then returned to Freiburg, where he earned his Ph.D. in 1964.  After an initial teaching position at the University of California at Berkeley, Mr. Casper was recruited two years later by the University of Chicago, where he spent twenty-six years, served as dean of the law school, and, in 1989, became provost, a post he held until he accepted the presidency of Stanford University in 1992.  He has written and taught primarily in the fields of constitutional law, constitutional history, comparative law, and jurisprudence. Mr. Casper was a member of the Council of the American Law Institute from 1980–2010. From 2000–2008, he served as a successor trustee of Yale University, from 2000–2012, as a trustee of the Central European University in Budapest and, from 2000–2009, as a trustee of the American Academy in Berlin. He is a Fellow of the American Academy of Arts and Sciences, a Fellow of the American Philosophical Society, and a member of the Order Pour le mérite for the Sciences and Arts. He currently serves as the chairman of the Board of the Terra Foundation for American Art.  He is a trustee of the Committee for Economic Development and a member of the International Advisory Council of the Israel Democracy Institute.