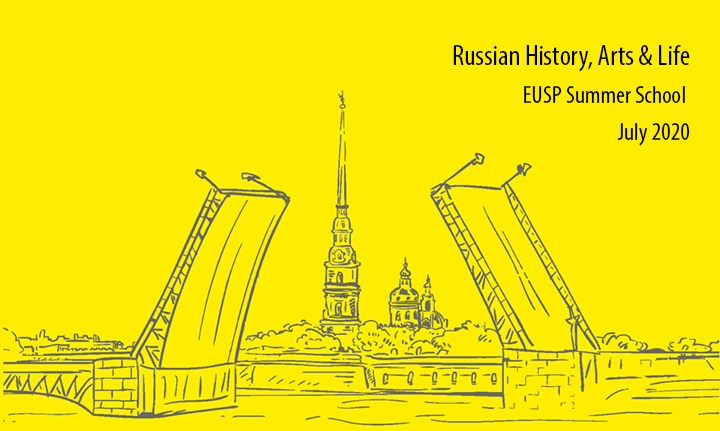 European University at St. Petersburg (EUSP) invites bachelor and master's degree students, researchers, journalists, and everyone interested in Russian Studies to start learning the Russian language and study history, culture and the modern lifestyle in Russia at our four-week summer school.

EUSP professors will deliver courses tailored for a better understanding of Russia through lectures specifically focusing on St. Petersburg. The topics explored in each course will provide keys to comprehend Russia’s history, cultural diversity, and relations of state and society. The highlights of each course will be study trips to museums, historic sites, and theatres. Excursions will also include riding the St. Petersburg metro (subway) to see its impressive architecture under the ground, tasting what Petersburgians prefer to eat at various ‘ethnic cuisines’, and watching ballet – to which Russia also owes its fame.

We scheduled the school for the best month to enjoy St. Petersburg, one of the world’s top travel destinations, in the ‘White Nights’ period when the sun sets only for a brief period of twilight, while the city never sleeps. It is also the best time to watch the spectacular opening of main St. Petersburg bridges at night and to fancy its rivers and canals.

All academic courses will be taught in English. They are designed to be interactive, insightful and informative. Learning activities and study trips will ensure new skills, knowledge, unforgettable experience, and four weeks of fun for all school participants.

The Window to Europe: History in St. Petersburg (by prof. Sergei Podbolotov)
The major theme of the course is the idea of St. Petersburg in Russian History. It covers the period from the foundation of St. Petersburg by Peter the Great until the collapse of Communism at the end of the twentieth century. The course aims at discussing the historical development of the capital of the Russian Empire, the role of Petrograd (St. Petersburg) in the revolution and the fate of the city that was renamed into Leningrad under the Communist dictatorship. Lectures in the classroom will be supplemented by educational trips to Tsarskoe Selo in the vicinity of St. Petersburg and to the medieval town of Novgorod the Great.

Temples, Markets, Diasporas: Diversity in St. Petersburg (by prof. Gevorg Avetikyan)
This course will introduce the diverse backgrounds, beliefs, and cultures of those who live in St. Petersburg. As the capital of the Russian Empire, then Soviet Union’s and modern Russia’s second-largest city, St. Petersburg has always been a major economic and cultural center, which attracted millions of migrants from Russia’s various corners and from abroad. Many of them founded their own communities based on regional, ethnic, and religious kinship or other types of affinity. This bottom-up consolidation into groups with shared identities was often accompanied by imperial and state policies aimed at what could be called ‘diversity management’.  We will study a few cases through lectures on the history and modern state of various diasporas in St. Petersburg. We will also visit their places of worship and economic activity in quest for a different look at the structure and life of the city.

Empire. State. Building: Architecture of St. Petersburg (by prof. Vadim Bass)
This course treats architecture of St. Petersburg as a field where various forces interact: forces like those of the state and society, of professional and other social groups, and of Russian and non-Russian culture. The architecture here is considered as a means of cultural exchange, as well as a sphere for the representation for power, culture, and political systems. Social and cultural issues will be explored by studying architectural monuments and analyzing their visual elements, style, and form. The course is divided into three sections covering the following periods of Russian architecture: medieval and Imperial, Soviet, and post-Soviet. In-class lectures are accompanied with architectural excursions through the city center as well as the early Soviet period residential area.

Barely three-hundred years old and the most ‘European’ among all Russian cities, St Petersburg has drastically evolved from being the capital to a capital. The city’s art scene has unavoidably reflected this evolution. From the eighteenth century to today, each generation of art tusovka has had its own artistic centers of power here. Some were grand and official, others were marginal and short-lived. They were variously nomadic and static physical locations, where progressive events, people and discourses originated, interweaved, and shaped the things to come in Russian art and culture. The course examines the what and the who that constituted art tusovka and highlights the most significant art-minded localities of the city, tracing their stories and situating them within broader art historical, social and political developments. We will combine university lectures and introductory readings with walking-tours around the city to experience in situ these historical places of human vitality and creativity during the Imperial, Soviet, post-Soviet and present-day periods.

Please contact us if you have any questions or concerns.

1. Fill in the Online Application Form and attach your CV, motivation letter, and a scanned copy of your latest transcript of study records to it 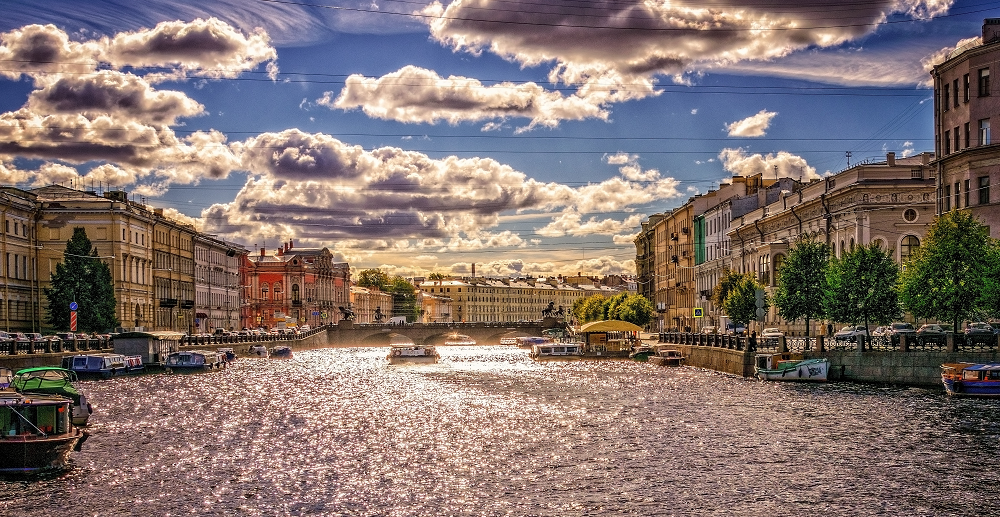